The Philippines’ largest fast food chain says the “sky’s the limit” for its potential in Australia.

Jollibee’s journey to be one of the five restaurant companies in the world started with a simple opportunity to sell ice cream.

After seeing a notice saying a franchise for a store is available, Tony Tan Caktiong, together with his then-fiancée (now wife) Grace opened their first ice cream parlour in 1975. Ten stores came later, establishing itself as one of the top sellers of ice cream during that time.

Popularity continued, and soon noticed that customers were looking for hot meals in their stores. They responded with hamburgers and sandwiches. Eventually, the hamburgers started outselling the ice cream - resulting in the birth of Jollibee.

Tony’s ambition of becoming the largest fast food chain in the Philippines soon came after, a goal which was almost immediately met with bigger competition.

“A big, well-established multinational competitor entered the Philippines. Many of their friends advised them to sell their business and just franchise from this large competitor. The founders were faced with a difficult choice: Should they sell or should they continue? What we know today as Jollibee could have ceased to exist at that very moment,” Jollibee president and head of international business for Europe, Middle East, Asia, and Australia Dennis Flores narrated during his keynote address at the QSR Media Sandhurst Fine Foods Conference and Awards.

Choosing to persist, the brand relied on its food, positioning itself as value for money with warm and personal service. Jollibee was able to reach its ambition, becoming larger than its next two competitors in the Philippines combined.

Engaging Filipino communities, identifying markets with potential
At present, Jollibee is now one of the largest homegrown fast food chains in Asia. In the process of entering different parts of the world, Flores explains the brand is guided by two main strategies.

“Our first strategy is to bring Jollibee to markets with a significant number of Filipinos living there. Once established, [we then] crossover to the local mainstream customers. Markets such as Singapore and Hong Kong started out being patronized by Filipino community. But soon as a new stores open, the customer base has become mixed with more than half of our customers being local Singaporeans and Hongkongers,” he said.

The second strategy, Flores notes, is identifying markets where they see “significant potential” for Jollibee to become a major, if not, the top QSR - even without a strong Filipino base.

“We saw that opportunity in Vietnam. Even though the market is comprised largely of local Vietnamese, our product offerings and unique brand customer service appeal to them. Their support made us the fastest growing QSR in Vietnam, with close to 120 stores and counting.” Flores also confirmed that they intend to employ this strategy to Indonesia.

From just its namesake brand that specialises in fried chicken and hamburgers, Jollibee Foods Corporation (JFC) now has 14 brands in its portfolio.

Jollibee’s potential growth in Australia
JFC now has some 4,500 stores in 21 countries. Asked about the namesake brand’s potential in the Australian market, Flores says the “sky’s the limit”.

“We're looking at a number of trade areas here in Sydney; it definitely has to be here. We're looking at a standalone drive-thru as an option, the other [store] option [is] being in the CBD. It depends on the availability of the location,” he said.

“If we had a good location here in the CBD...we are certain that even the Filipinos from outside of Central Sydney would be able to come as long as it's accessible to them.” In terms of other locations in the country, Flores said they are looking to establish themselves in Melbourne after a couple of years. 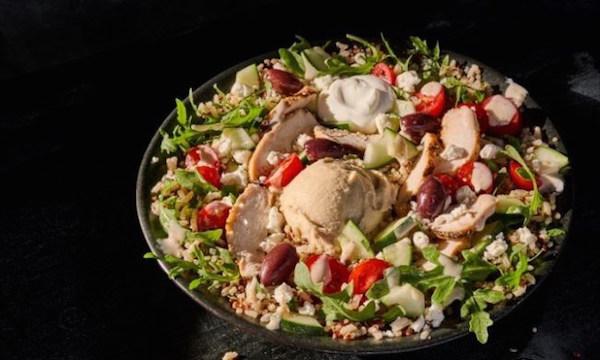