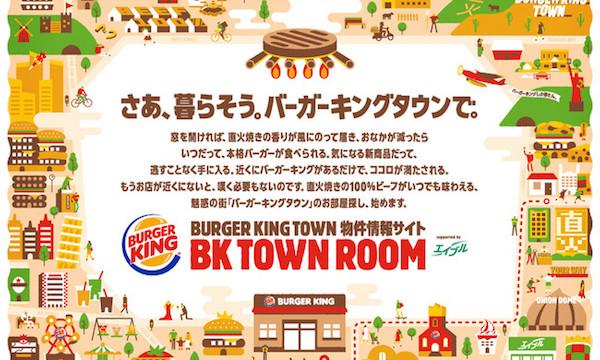 It lists rentals near the fast food chain’s stores.

Currently, the site lists rentals near Burger King stores in Tokyo, Kanagawa, Chiba, Saitama, and Osaka prefectures. As an added bonus, they will be conducting a special campaign where 10 people who lease rooms through their site will be chosen by lottery to win 100 Whoppers each.

The Whopper-making chain says the new collaboration came about after receiving numerous complaints about there being no store nearby whenever a limited-time product was released.

After closing 22 stores last year, Burger King now has approximately 100 stores in Japan, mainly in the Kanto region, and plans to open 13 new stores in this month and December.

The item has tomato, lettuce, cheese, onion, and gherkin sandwiched between a total of four beef patties. The burger weighs 1.12 pounds in total.