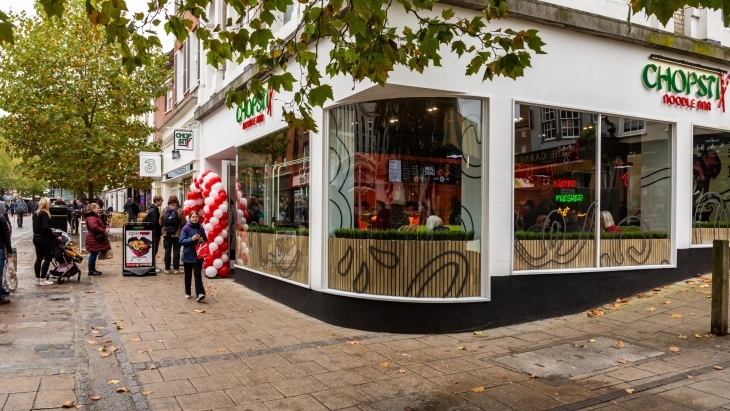 The brand is planning to open 100 stores in the UK by the end of the year.

Chopstix has announced the opening of its second branch in Norwich.

The new restaurant, located on Gentleman’s Walk, will be owned and operated by the company. Expansion through both company-operated locations and franchisees has been decisive in driving the brand’s growth trajectory, as evidenced by a significant new franchise partnership with Sparta Foods, and the announcement of a site at Butlin’s Bognor Regis.

The new Norwich site on Gentleman’s Walk will include striking design elements the brand has become renowned for such as its iconic ‘living wall’, natural wood finishes and its winking anime character that features across all Chopstix locations.

With further site openings across both ownership models in the pipeline, the pan-Asian quick service restaurant brand is set to pass the 100-site mark by the end of the year.

Chopstix currently has 83 stores in the UK.

With 83 stores in the estate, Chopstix is already considered the largest Asian-inspired restaurant brand in the UK, outstripping the likes of Itsu, Wasabi and YO! However, the company has set its sights on becoming the largest on the continent.