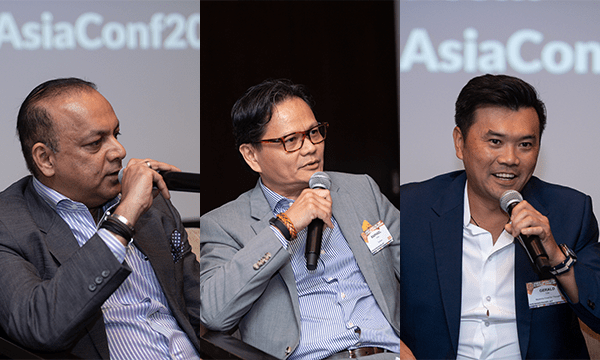 The key principles in franchising in Asia, according to QSR Brands, Subway, and Myanma Food for Thought

The spotlight for global economic growth is shifting to the East. How can you utilise effective franchising to seize the opportunity?

For three top executives from successful operators in the region, the secret lies in adaptability and transparency.

Be transparent for a healthy franchising partnership
Speaking in a panel discussion at the QSR Media Asia Conference and Awards 2019, Merrill Pereyra, Executive Director and CEO of QSR Brands, said that above all, relationships with your franchisees and franchisors are the most important factors towards making a franchising partnership work.

“The biggest thing, number one, is being as transparent as possible,” he said.

QSR Brands is the only company to have been granted the right by Yum! Brands to establish and operate KFC and Pizza Hut in countries like Malaysia, Singapore, Brunei, and Cambodia. Currently, the company has over 1200 outlets across these countries.

Pereyra said that through a constant working relationship with Yum! Brands-- sometimes to as much as six touch points a month-- the company has built a solid foundation in which to grow their business.

Now, QSR Brands is involved in breeder and broiler farming, hatchery and poultry processing through Ayamas as well as a host of ancillary businesses such as baking, commissary, and sauce production, making them Malaysia’s only vertically integrated food operator that delivers from farm to fork.

Adapt and localise
Gerald Lee, Managing Director of Myanma Food for Thought (MFFT), the master franchisor of the Singaporean Ya Kun Kaya & Toast in Myanmar, underscored the need for QSR operators to localise and adapt to the different markets in Asia. This means having to observe, survey, and consult with locals first to create the strategy with the best possible chance of success.

“Myanmar is heating up as of now as the last frontier in Asia, so it’s pretty often that you see new franchises coming in,” Lee said.

(Also read: Five years in, Myanma Food For Thought looks to ramp up their domestic expansion)

However, he noted that many of them failed due to not knowing the local business landscape. Myanmar’s population currently supports a workforce that is largely unskilled so operators like MFFT have to have a robust training program to compensate.

“It's just starting out. The GDP per capita is still very low. And you know, we have to be able to adapt. We have to localize,” Lee said.

To achieve this, Raphael Chan, Singapore Business Development Agent for Subway, suggested to start with the people. In establishing foreign brands in different countries, it pays to have a staff that is knowledgeable and aligned with the brand’s values and objectives, as well as a leadership team that are more than capable of handling local workers.

“I think that's something that has to be a continued focus for brands to sustain themselves.”