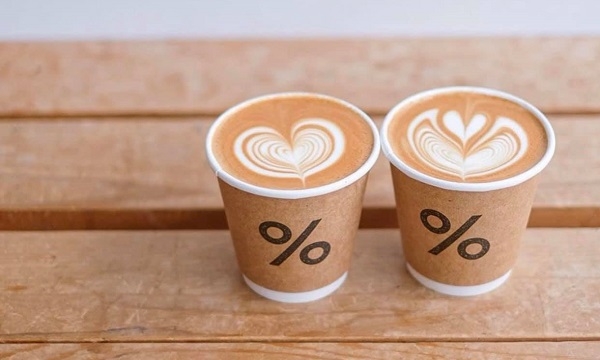 It is also expected to open in Broadway Market.

Japanese speciality coffee chain % Arabica has opened its first London café at 5 King Street in Covent Garden, with plans to open a second at 33 Broadway Market.

Arabica uses custom-made Slayer espresso machines, manufactured in the US, and previously partnered with Ninety Plus Coffee, a grower and producer that regularly provides coffees for baristas competing in the World Barista Championship and World Brewers’ Cup.

The chain is also known for their merchandise, including water bottles, tote bags, backpacks, and sneakers.

According to its website, Arabica currently has 40-plus stores in 13 markets.