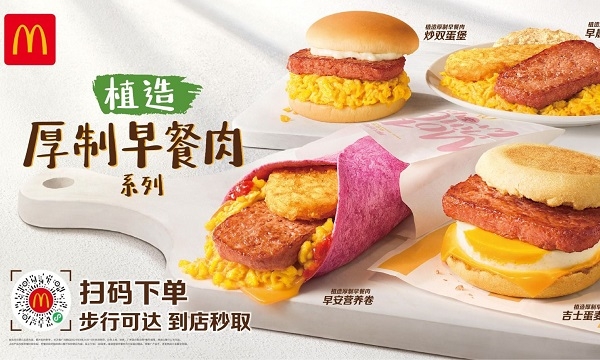 It is currently rolled out across outlets in Shanghai, Guangzhou, and Shenzhen.

The fast food giant partnered with Green Monday to serve OmniPork Luncheon Meat – vegan spam made by OmniFoods – as part of its breakfast menu in Shanghai, Guangzhou, and Shenzhen.

Last October, the OmniPork Luncheon Meat was rolled out to 280 McDonald’s locations in Hong Kong and Macau.

The positive response has led McDonald’s to expand the availability of this plant-based option in other Asian markets.

“This collaboration is long anticipated after last October’s launch in Hong Kong and Macau. On behalf of the Green Monday team, we would like to express our sincere appreciation to McDonald’s China for making this impactful collaboration become reality,” Yeung said in a post on Linkedin.