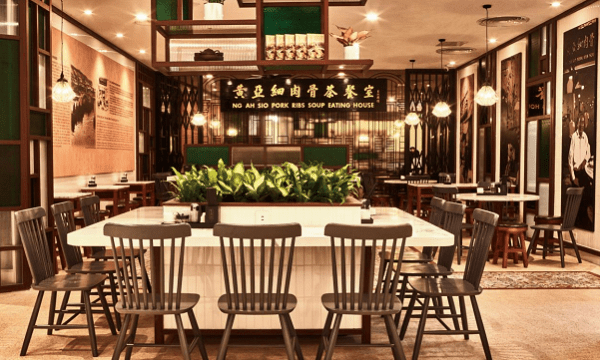 The latest Ng Ah Sio store is the company’s ninth restaurant, whilst the Hainanese chicken brand is their latest portfolio addition.

Both restaurants are located at Shanghai One International Trade Centre, occupy approximately 2,800 sq ft., and have a combined seating capacity of up to 110.

“Naturally, introducing NG AH SIO Bak Kut Teh to China would have been our next move. On top of that, we have also decided to introduce Singapore’s iconic Hainanese chicken rice to the Chinese market with our very own XINYAO Hainanese Chicken Rice brand,” Jumbo Group CEO and executive director Ang Kiam Meng said in a statement.