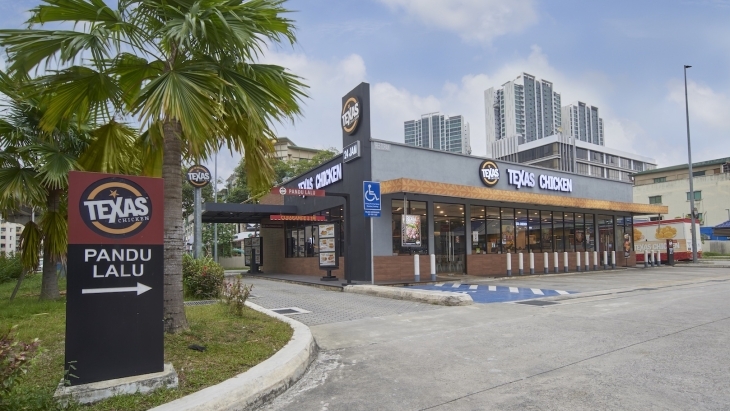 More drive-thru restaurants and expanded delivery services are part of the plan.

The franchisee of Texas Chicken in Malaysia is investing at least RM230 million (approx. $US 52 million) to open 115 new restaurants by 2030, which includes its maiden foray into Sabah and Sarawak.

The Envictus group was first awarded the franchise rights for the quick-service restaurant chain in July 2012, and launched the first Texas Chicken restaurant in Malaysia in January 2013, through its wholly-owned subsidiary.

To date, the company owns and operates 85 restaurants throughout Peninsular Malaysia, exceeding its initial commitment of opening 80 restaurants in its first ten years.

Almost sixty percent of Texas Chicken restaurants are centred in the Klang Valley, and over half of its existing outlets are located in high-traffic malls nationwide.

With the renewal of the franchise agreement, the company will bring its total restaurant count to 200 outlets by 2030.

Envictus said it plans to build more drive-thru restaurants and will expand its delivery services. The new restaurant openings and growth prospects are expected to raise the company’s staff strength to an estimated 6,000 employees by 2030.

“The renewal of the franchise agreement is a testament of Cajun Global’s confidence in The Envictus group’s leadership and capability in growing and developing the Texas Chicken brand in Malaysia. Within a relatively short period, we have established Texas Chicken’s position as one of the leading chicken QSRs in the country,” said Dato’ Jaya Tan, Executive Chairman of Envictus International Holdings Limited.

Joe Christina, CEO and President of Cajun Global, added, ““As one of our largest franchisees in Southeast Asia, Envictus has been a true collaborator in working with us to grow the Texas Chicken brand. We are excited that this partnership can continue to thrive in Malaysia and soon Brunei.”