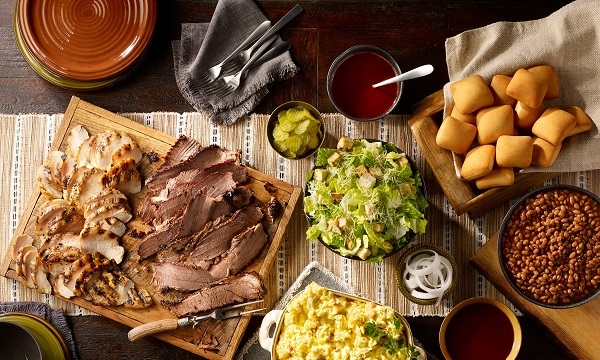 This is the fifth installment of international franchise expansion deals by the Dallas-based barbecue concept.

Its menu features smokey meats, including their signature brisket, ribs, spicy cheddar sausage, and marinated chicken. All options can be served in a plate or a sandwich and can be combined with a variety of traditional sides such as barbecue beans, coleslaw, homemade mac’ and cheese, amongst others.

The new location operates as a ghost kitchen outpost for the barbecue brand in Central Kitchen Co., located at Cross Street Exchange. Orders can be placed through different delivery services available through www.dickeys.com.sg.

Dickey’s Singapore serves as the fifth installment of international franchise expansion deals by the Dallas-based barbecue concept this year alone following the development agreements for the countries of Australia, Japan, Egypt, Pakistan, and the Philippines.

“It’s an honor to have Jasmin and Mavin Singh, Owner Operator, to join the Dickey’s family and help bring our unique Texas-style cuisine to Singapore. His passion for barbecue and vision to adapt the brand shows the flexibility Dickey’s offers with the goal to thrive in any place or environment,” said Jim Perkins, Vice President of International Development for Dickey’s Barbecue Restaurants, Inc.

Dickey’s has other international locations in Abu Dhabi, Dubai, Egypt, Pakistan, Brazil and Republic of Georgia.