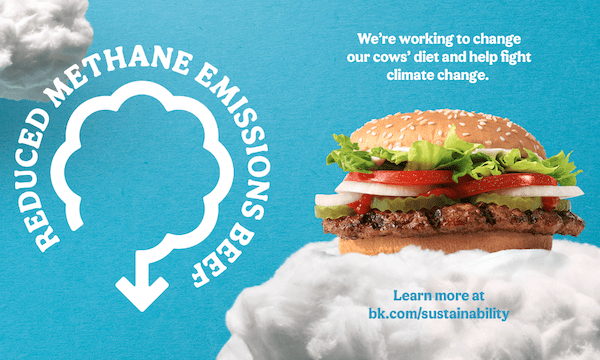 Taco Bell is cutting 12 items from its menu as it plans to make room for plant-based items and streamline operations. As reported by Nation’s Restaurant News, the downsizing, which starts 13 August, also comes less than a year after brand cut nine items from its menu last year. Read more here.

Burger King is now selling a Whopper made from cows on a low-methane diet at select U.S. locations. As reported by CNBC, the burger chain worked with scientists to find that adding 100 grams of lemongrass to a cow’s diet reduces their methane emissions by a third. Read more here.

KFC is now bringing its plant-based Beyond Meat chicken to 50 locations in the U.S. after a one-day test last year. As reported by Restaurant Business, the outlets trialling the items are in Los Angeles, Orange County, San Diego and surrounding areas, close to the headquarters of Beyond Meat. Read more here.

White Castle is trialing a burger-flipping robot in one of their U.S. restaurants in September. As reported by CNN, the privately held restaurant chain announced a partnership with California-based startup Miso Robotics to introduce Flippy, an automated kitchen assistant. Read more here.

Chipotle intends to hire 10,000 more workers in the coming months to support their growing drive-thru business and other initiatives. In an announcement, the chain is also set to celebrate the opening of its 100th “Chipotlane” later this month. Read more here.